It's been a little more than a month since bitcoin halving occurred. In the following paragraphs you'll see how it affected the coin, the market and its participants.

Halving is a known beforehand block reward decrease in the bitcoin network. The reward is decreased by half every halving - that's where the name of the event comes from.

The most popular cryptocurrency went through the third halving in its history. BTC/USD exchange rate has been rising after two previous halvings. Halving 2020 isn't the exception. 1 BTC costs around $9 600 by the time this article is being written. Its price was around $7 000 the month before halving, and was floating from $8 500 to $8 800 in the halving day. Almost 88% of total bitcoin supply is already mined now. 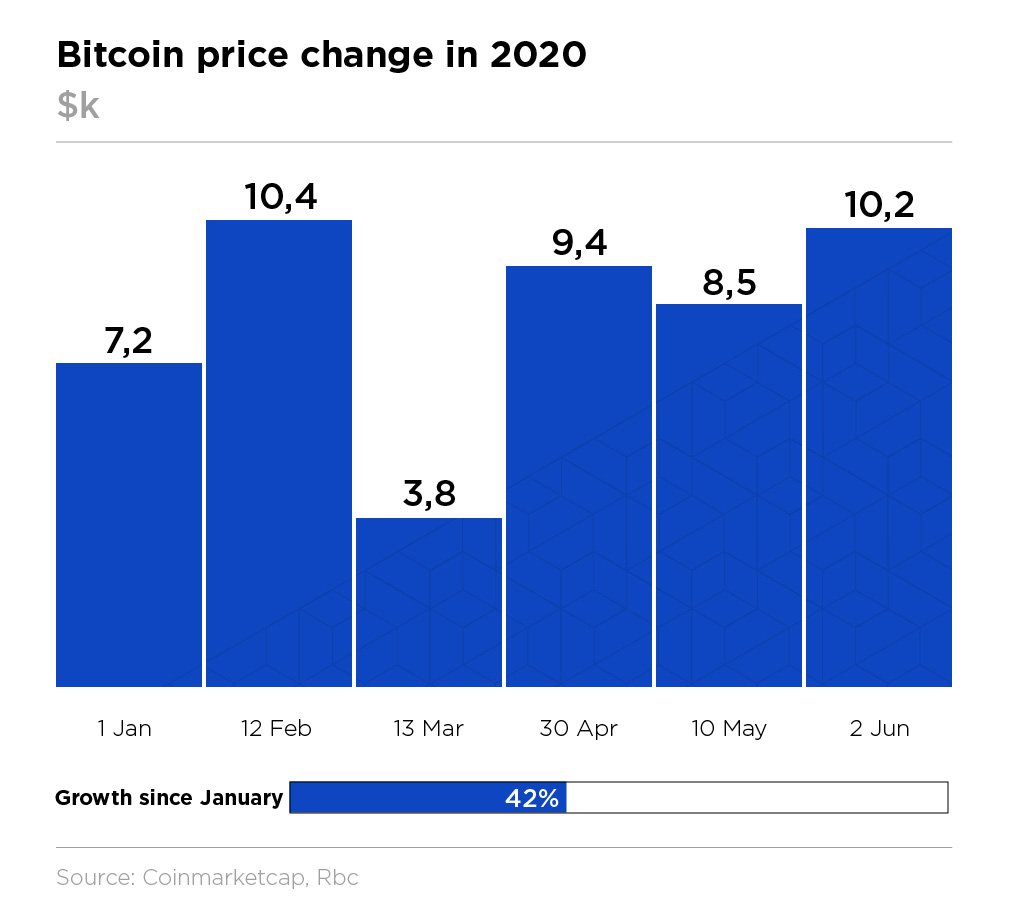 Halving pushes the mining forward. The block reward became two times less, therefore more efficient equipment is necessary to continue mining these blocks. Miner producer that introduces updated miner models first makes a good fortune and grabs the attention of the whole industry. CryptoUniverse is the official partner of Bitmain and Canaan companies, that's why we receive new miner models first and make them available for you.

Energy consumption of all BTC miners decreased almost by a quarter (from 77.8 to 60.1 TW*h/year) after halving and now is slowly returning to the before-halving point, says Forklog portal according to Digiconomist report. It happens because the previous generation of ASIC-miners has become more ineffective due to the block reward decrease. Now it's more profitable to switch the device off than to mine with a negative margin. Upgrade your miner and earn more with CryptoUniverse. But even with decreased total energy consumption all miners in the world combined still consume more electricity in a year than the whole Greece or Israel and almost as Algeria or a half of the Netherlands. What a result for just a 11 y.o. technology.

Bitcoin adoption and application are getting broader around the globe every year.

The Central Bank of the USA recently declared it as a type of money. You can now pay for a coke with BTC in Australian vending machines. PayPal payment system (325M users) wants to add BTC purchase option in its service. 60% of bitcoins are being used as an asset saving tool, analytical company Chainalysis reports.

All this news and the fact that the total BTC supply is limited to 21M coins without a technical extra emission option tell us that there might be a bright future lying ahead of the world's main cryptocurrency. Buy a cloud mining contract, keep and multiply your savings with CryptoUniverse. This is only the beginning.

اشتراك
We use cookies to assemble data about your activity and to save your personal settings. For instance, to help you navigate between pages without logging in each time. The info is collected to improve our service.Learn more...
ОK